“Developing continuing education courses and the delivery systems is new ground for the agency,” says Gina Fox, spokesperson for the CCB. “We are excited to be able to make this course available and have plans to follow-up with two more hours before summer.”

The link to register for CCB-offered online courses is available on the CCB website at www.oregon.gov/CCB.

Contractors will be asked to register for a CCB Online Services account (or log in once an account is established) in order to access online courses. Currently, only the individuals that are part of the licensing record are able to access CCB’s continuing education courses.

The CCB will begin working with industry leaders to bring a limited number of “live” courses beginning this summer to supplement the online program.

Two additional one-hour online courses are currently in production and are expected to be released early summer.

Contractors can find more information about residential continuing education and the requirements at www.oregon.gov/CCB.

Don’t forget that one of the most important things you must do is properly document that you and your company followed the rules and guidelines on each job you work on!

To help you stay in compliance and to make your job easier, we have a Lead Paint Administration Kit available that includes the most common forms, signage, and reports that you will need to insure that your files are as complete as possible. 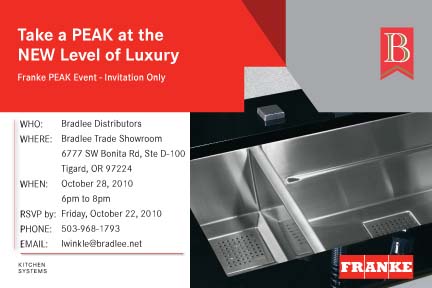 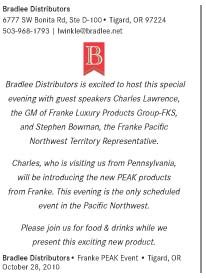 From the CCB Blog

The Construction Contractors Board (CCB) reminds Oregon construction contractors that enforcement of the new lead based paint (LBP) safety regulations continues in Oregon.

The new LBP requirements, commonly called “RRP” (Renovation, Repair and Painting) requirements, are federal EPA requirements that became effective April 22, 2010. States can apply to the EPA to administer the program.

The CCB began enforcing the new LBP requirements when the EPA authorized Oregon to “take over” the program in May 2010.

Contractors that remodel or demolition homes, schools, or facilities where children regularly visit, constructed in and before1978, are required to obtain from the CCB, a certified Lead-Based Paint Renovation (LBPR) Contractors license. To qualify, an owner or employee must complete the RRP training from an approved provider and complete a CCB LBPR application. The license is $50 a year and can be renewed annually.

The RRP training is an eight hour course that instructs contractors on the required practices to protect the public from lead contaminants. These standards of practice are found in Oregon Administrative Rule (OAR) 333- 070-0090.

“CCB recognizes the new requirements have made for tough state laws,” says Richard Blank, Enforcement Manager. “At the same time, the agency takes seriously the enforcement of these laws for the protection of the public.”

Fines for working without the proper licensing or violating standards of practice are $1000 (first violation), $3000 (second violation) and $5000 (third and subsequent violations).

For more information on the CCB lead-based paint laws for renovation work or to download the application for CCB’s LBPR contractor’s license, visit http://www.oregon.gov/CCB/lead-based-paint.shtml.

I highly recommend  you check it out.  Here are a few of my favorite article so far…
Project Ribbon-Cutting – “The clients were thrilled with their new kitchen, so we decided to hold a ribbon-cutting celebration…”

Shmeureka Moments. How Innovation Happens – Ideas are networks, not flashes of genius or lightbulb moments. How to foster “unpredictable collisions of ideas” in your company.

The EEBA Conference is Coming Soon!

Insurance for Lead Based Paint Claims

On April 22, 2010, the United States Environmental Protection Agency (USEPA) began enforcing a regulation aimed at preventing lead poisoning. All contractors performing renovation, repair or painting projects that disturb lead-based paint in pre-1978 homes, child care facilities and schools must be certified and follow lead-safe work practices. Firms must be certified and renovators must be trained. The fine for non-compliance by the EPA is $32,500 per violation, per day.

Suits against contractors have received no publicity for two reasons: there are far fewer of them and none have reached a jury. In cases where homeowners sued a contractor for lead poisoning, the suit was settled out of court. But with lead safe work rules changing, such suits are now likely to be based on the charge that the work done in the course of a renovation project disturbed lead-based paint, releasing toxic dust into the air, which was then not contained or cleaned and resulted in lead poisoning.

Poisoning would be proved by a blood test. Though comparatively few such suits have been filed, it’s likely, say attorneys familiar with the lead issue, that there will be more as homeowners become aware of the issue and as law firms that specialize in class action suits take note.

“There will be much more litigation,” says D.S. Berenson, of Johanson Berenson LLP, which represents many home improvement companies. “It will take a few years to start growing. I expect lawsuits will focus less on medical damages, more on failure to comply with lead safe work practices, failure to be certified, failure to give out pamphlets. That will all be brought up as part of the typical contract dispute where the contractor gets into a fight over payment with the consumer and the consumer’s lawyer.”

And even if your company is EPA-certified to remove lead paint safely and practices lead-safe renovation, there is nothing to prevent a homeowner from filing a suit. Lead-safe certification and practices only make it less likely that such a suit would prevail. In the event of a negotiated settlement or a verdict for punitive and other damages, you wouldn’t be covered by your general-liability insurance.

If you want more information, contact Jeff DeHaan, President of Montgomery & Graham Property & Casualty—a benefits partner of the HBA of Metropolitan Portland at 971-327-5793.

The Cornerstone for Building Science Education